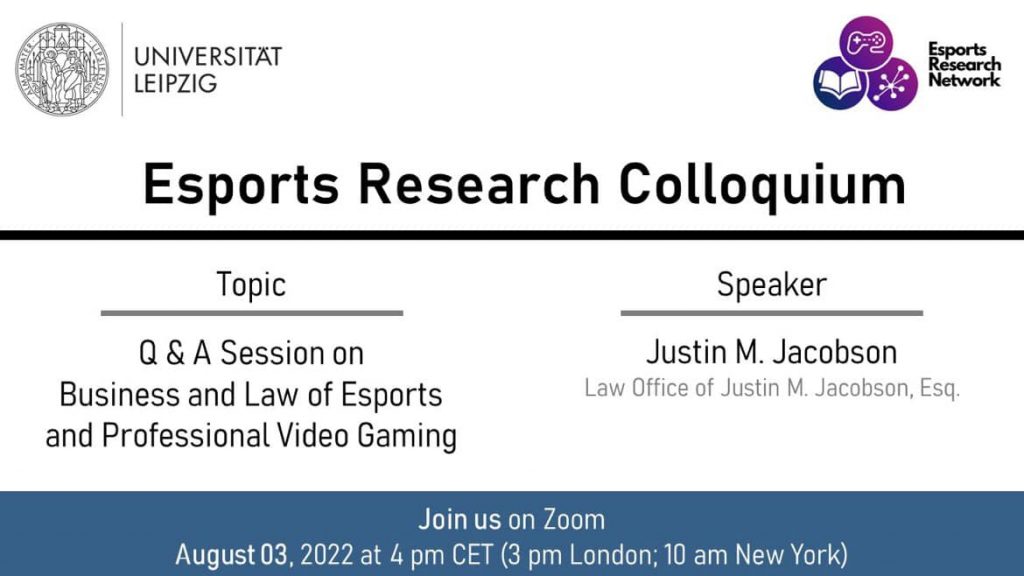 Why An Esports Player Representative And Where They Fit In?

Esports Business: Why A Player Representative And Where They Fit In?By Justin M. Jacobson, Esq. Transparency is vital and so let’s start with a full disclaimer; I’m an esports player representative, so this may seem like a “pitch”, which in a way it undoubtedly is. However it is also meant to spotlight persistent misconceptions that […]

The Rise Of The Sponsored Professional Gamer

Esports Business: The Rise Of The Sponsored Professional Gamer and StreamerBy Justin M. Jacobson, Esq. With publications constantly reporting on the esports “boom,” most of the world’s marketing agencies If you browse your Twitter feed or turn on your local news, you are sure to see something related to esports. While the mainstream media and […]

Esports Law: Business and Legal Tips for NBA 2K League and Professional Esports Players and GamersBy Justin M. Jacobson, Esq. The global esports phenomenon is growing in the United States. Players from around the world are With the launch of the NBA 2K league several years ago, 102 of the world’s top NBA 2K players earned […]

The Marketing Dilemma of the Esports Influencer

Esports Business: The Marketing Dilemma of the Esports Influencer – Pro Gamers & StreamersBy Justin M. Jacobson, Esq. With publications constantly reporting on the esports “boom,” most of the world’s marketing agencies and brand managers are familiar with the world of esports and its “key” demographic. Marketers see league sponsors, such as Toyota, T-Mobile, and […]